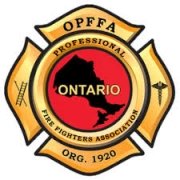 Stars of the 1970s television show “Emergency!” are co-producing “Into the Unknown: The Paramedics’ Journey,” a documentary to tell the story of today’s paramedic following a pandemic that strained our healthcare system and revealed the critical role that paramedics play in caring for their communities.

Randy Mantooth, who played Johnny Gage in the “Emergency!” series, says his life was saved by two fire fighter paramedics and his sister’s life was saved by a paramedic and a flight nurse. He hopes the documentary will provide the public with an understanding of and appreciation for the critical role these individuals play. Kevin Tighe, who played Roy Desoto in the series, says, “Paramedics have to deal with unending fatigue and stress. This is a topic we have to explore not only on the job but also at home. We have to face it and also show how it can be successfully overcome.”

Sponsored in part by FirstNet, Built with AT&T*, the film depicts the lives and jobs of half a dozen paramedic crews around the nation. Additional sponsors supporting the documentary’s production include Masimo and ZOLL Medical Corporation.

The project has an advisory board made up of 18 key industry leaders and is endorsed by 19 of the major national EMS organizations, representing almost 2 million members, including the IAFF. Baxter Larmon, PhD, a nationally recognized EMS educator/researcher and a Professor of Emergency Medicine at UCLA’s David Geffen School of Medicine, serves on the executive committee for “Into the Unknown.”

Learn more at intotheunknowndoc.com or sign up for regular updates on the progress of the documentary and behind-the-scenes stories and footage.

“Emergency!” introduced the concept of paramedics to millions of viewers and inspired thousands to become EMS practitioners themselves. Some historians say it launched modern EMS in the U.S. 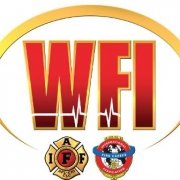